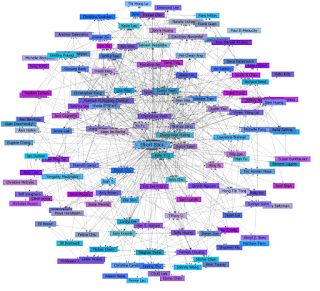 Lance Ulanoff is not telling me anything new with his article in PC Magazine. I’ve been saying this for quite a while now. The internet technology of today is the wasteland of tomorrow. Which is nothing to cry over – change is a byproduct of Web 2.0.

Nothing is meant to be stable, everything is wobbly and incoherent. Here are the technologies that have changed so much over the past decade. Think of the changes to come! So many more passwords to remember!

As librarians and information specialists, I think it’s unproductive to lament about the constant inconstancy. Rather, we should channel our energies at anticipating new technologies and tools and integrating them into the workplace. Be comfortable with change. Think of it like this. Just like collection management, books come and go. We weed by replacing and displacing. The same goes with internet technologies. If it is our jobs to keep up with the latest titles, then why can’t we do the same with the latest technologies?

I’d like to end off with a haiku of my own:

Hi Web 2.0
I admire your brevity
We will meet again
Posted by Allan at 4:22 PM No comments: 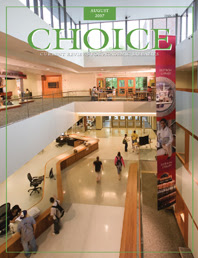 Top 5 Must Read Books for the Information Professional

There are some books which I classify as being the "gold standards" for understanding the new Web. I believe all information professionals should take a look at these books and see how they fit into the "big" picture of the new way information is processed. Here are the top five.

(1) The Long Tail: Why the Future of Business is Selling Less of More (by Chris Anderson)

(2) Wikinomics: How Mass Collaboration Changes Everything (by Don Tapscott and Anthony D. Williams)

(3) The World Is Flat: A Brief History of the Twenty-first Century (by Thomas Friedman)

(4) The Tipping Point: How Little Things Can Make a Big Difference (by Malcolm Gladwell)

(5) Everything is Miscellaneous (David Weinberger)
Posted by Allan at 9:15 PM 2 comments:

Not everyone gets his or her dream job right out of LIS school. For some, it might mean years of toil and abuse in the dungeons of part-time shift work, often endless disappointments and constant worrying about the next month, often jumping from contract to contract, with no light in sight... Then there are some who do quite well. Kiera Miller, good friend and fellow SLAIS colleague, is currently having a ball working as Librarian at the Edmonton Public Library. I wanted to interview Kiera so that she can offer those out there fresh out of school that getting that "dream job" is more than just a myth...

I'm loving my job, just love it! I have to make this fast since my lunch break is ending. Basically, I get to do a ton of interesting things, and stuff outside children's services. I'm on a Child Friendly Edmonton committee which includes people from all over the city, I'm working with others on a section of the business plan to improve our multicultural/new immigrant services, I'm finishing up putting together a wack load of dual-language kits for new immigrant families, working with the YMCA to help them get books for their bookclubs, part of the team to plan the hoopla that is the final Harry Potter, planning a professional development day in the winter with a few other librarians, and then a huge project my boss and myself developed called 'Kids Read! Edmonton' along the same lines as Canada Reads except for kids. It is a lot of fun, and a lot of work, everything from marketing, web design, author meetings, programs to plan, presentations to potential sponsors (like the Edmonton Oilers!), etc.

And then I have about two hours a day on desk, ongoing personalized booklists for kids and teens (they request them online), and I'm planning a sign language storytime for the fall. Oh, and then there's all the summer reading club programs to both coordinate and participate in. The children's librarians here do more project work than programming. I kinda have had to jump in for theprogramming part, ask to do more than what is actually required of me since I want and enjoy storytimes, craft programs, etc. Then there's always a tour to give to library students or classes. There's arranging author visits, and simply trying to rejuvenate some of the staff (hardest part).

Did you follow all that? I get to do a bit of everything. I feel like I get the best of all worlds: individual projects, time with the kids in the stacks, collection development, creative input, presentations, outreach, virtual readers advisory, some management, and even some spatial analysis and furniture selection. I have to make a list of what to accomplish each day or else I couldn't keep track of it all.

I think I was lucky that this position was brand new, and I have a great boss who is really encouraging, positive, wanted me, knows that I'm new and still learning but seems to have faith in me. We 'check in' just enough for me to feel alright. I feel less new although the less new I feel the more I feel I still need to learn. Patience, patience, just need more experience.

Congratulations Kiera! All your hard work during these two years has paid off. Big time! Keep up the good cheer and good work, and the sky's the limit for you in the upcoming years. You are an inspiration and a reminder to all that dreams can be achieved.
Posted by Allan at 3:49 PM 4 comments:

The End of the Information Age

This is what happens when technology breaks down....


Breaking News: All Online Data Lost After Internet Crash
Posted by Allan at 8:55 AM No comments:

Library as a Social (and Intimate) Space 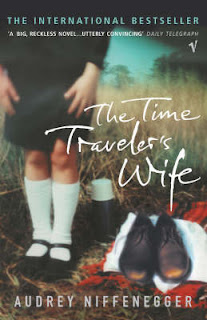 Sometimes we forget (or too preoccupied with "real" library matters) to realize that the library is a social space. As much as librarians are the gatekeepers of silence and studying, the fact is, libraries have always been spaces of intimacy. Particularly in academic and public libraries, we often witness relationships igniting, mending, and ending, all within in the interiors of libraries. Tears of romance and tears of sorrow grace the spaces of libraries all over the world, regardless of size and specialty.

The Time Traveller's Wife, a book that I've read recently, is about a pair of lovers who meet in a library in Chicago. The main character, Henry DeTamble, is working at the Newberry Library while Clare Abshire is looking for The Works of Geoffrey Chaucer.

When 20-year-old Clare meets 28-year-old Henry in 1991, he has never seen her before, even though she has known him most of her life, for Clare's past is still in Henry's future. Henry begins to experience the events in Clare's childhood at the same time that he experiences life with the adult Clare in the present. This heartrending story is only a reflection of the many relationships that take place in the library.

Which leads me to my point: librarians should be very proud of the silent role they play in society. Not only as educators and information providers, but also as managers of social space. Libraries are very sensitive and special places - it's not all about gate counts and user surveys. Librarians have a very unique responsibility even though they are often not aware of it. They are not only guardians of books, but also of community and intimacy, both virtual and physical.
Posted by Allan at 10:44 PM 2 comments:

More Than Meets the Eyes 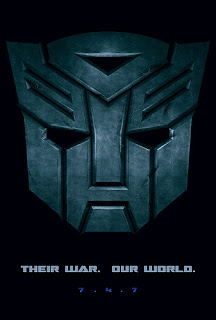 Watching the Transformers was a marvellous treat. Personally and professionally. As the movie was unfolding before my eyes, there were a few points running in my mind. Here they are:

(1) Generation X & Y - The audience was mainly people born during this generation, and it showed, too, as they buzzed with anticipation right up till the opening credits. They knew the cast, the names, the plot, the dialogue, the most finest of details. And director Michael Bay delivers flawlessly with a very exciting nostalgic action flick. What does this mean for libraries, especially academic and public ones? It means that they, too, need to adapt to the tastes of their audience, which has grown up. How does Transformers achieve this?

(2) Technology - The movie is updated version of the 80's series. Instead of continuing with an anachronistic setting, this movie adapts to current day necessities, such as MP3's, cellphones, eBay, DVD burners, and 2GB flashdrives. As libraries move forward in time, it too, needs to continually adapt to realities of their time, and engage their audience with social software, Web 2.0 technologies, and new ways of doing things. Libraries can't afford to stand idly by.

(3) The Long Tail - In this movie, the long tail plays an important role in the battle of good versus evil. Sam (aka Spike in the original series) holds an important key to the very survival of the universe. Unknowingly he is auctioning it off on eBay. Chris Anderson first coined this term in 2004, arguing that Web 2.0 has altered the traditional business model, for businesses with distribution power can sell a greater volume of items at small volumes than of popular items at large volumes, which contradicts the long-held models of supply and demand economics. What does this mean for librarians and information specialists?

(4) Web 2.0 - Greater understanding of this new way of information delivery. No longer are "best-sellers" the way to go in collection management and user services. Greater forces are at work with the "new" Web and in order to be successful in this new paradigm and be leaders of this changing world, librarians should not only be continually aware, but also creative in maximizing these up-and-coming (some of them not even invented yet) technologies for their libraries.
Posted by Allan at 1:59 AM No comments: 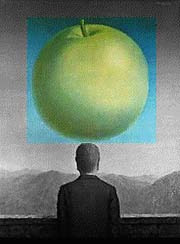 While much has been written about Web 2.0, not much has been mentioned about postmodernism in librarianship. Is there a connection? Mark Stover thinks so. In The Reference Librarian as Non-Expert: A Postmodern Approach to Expertise, Stover believes that:

the stance of the reference librarian as non-expert will move the profession of librarianship away from the technocrat/expert model and back towards its earlier mission of service and human-centred values.

In proposing that there is an analogy between the new postmodern theories of psychotherapy and the ways that librarians work with patrons seeking information, Stover argues that knowledge, culture, technology, and cognitive-behaviour all play a role in the new fabric of postmodern librarianship. Everything gets broken down and hierarchies are flattened. In my experience working in libraries, things are moving, albeit slowly. With globalization and Web 2.0, are the foundations being laid for this new way of managing libraries?
Posted by Allan at 11:53 PM 3 comments: