Black Code: Inside the Battle for Cyberspace - Ron Deibert at The Citizen Lab

Ron Deibert conducts some of the most provoking and controversial research around today in academica. His area of study extends beyond the international relations diplomacy to digital cyberspace all around us.  And it is all around us: we depend on it for everything we do.  Business, governance, and social relations around a planetary network rely heavily on the Internet. Ron Deibert, one of Canada's leading expert on digital technology, security, and human rights, reaches far into the dark corners of the hidden Web, and examines how seemingly powerful but mostly invisible agents are scrambling for control.

Deibert's Citizen Lab at the University of Toronto has been an innovative hub of excavating cyber criminal activities at the intersection of Information and Communication Technologies (ICTs), human rights, and global security.  "Cybergangs" such as Koobface have made social media their stalking ground, and that is where the Citizen Lab comes in.  Deibert's work at the Munk School of Global Affairs has completed some amazing findings, and its results form the foundation in the recent publication of Black Code: Inside the Battle for Cyberspace.

Drawing on the first-hand experiences of one of the most important protagonists in the battle — the Citizen Lab and its global network of frontline researchers have spent more than a decade cracking cyber espionage rings and uncovering attacks on citizens and NGOs worldwide — Black Code takes readers on a fascinating journey into the battle for cyberspace.   It reveals how governments limit as much as possible how much is revealed about its surveillance and digital espionage wars with cyber criminals.  We only know partially the inner workings of Koobface, one of the deadliest computer worms out there that targets social networks, even though much of it has been researched thanks to government interference.

Ron Deibert's background is equally fascinating as the work he conducts as an academic researcher.  Born and raised in the blue-collar Eastside Vancouver in 1964, Deibert was an occasional delinquent and mildly struggling student whose application to study journalism at community college was rejected.

Interestingly, graduate studies in international relations at Queen’s University followed along with a fortunate encounter with a sympathetic professor who helped him secure a place in the doctoral program at the UBC Political Science department after being rejected on his first try.  A fledgling student with a fuzzy focus on what to write his dissertation on, Deibert eventually realized that information technology, particularly the nascent Internet, would revolutionize world politics and change his life.  The rest is history, of course.


Recommended Reading:
Koobface: Inside a Crimeware Network by Nart Villeneuve, with a foreword by Ron Deibert and Rafal Rohozinski. [Link]
Posted by Allan at 9:20 PM No comments: 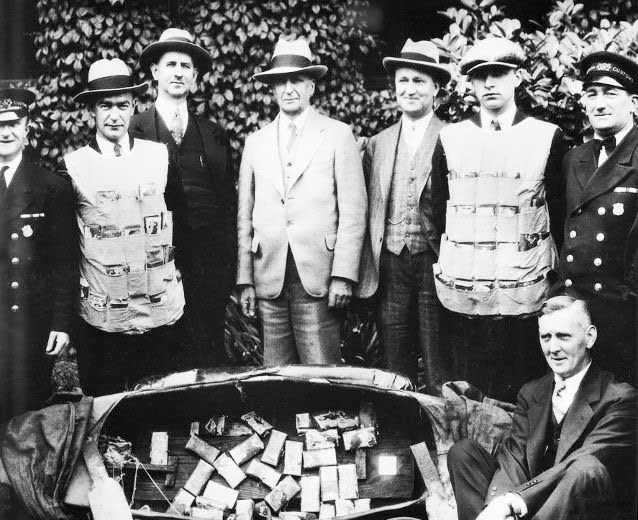 The Vancouver Police Museum, the oldest police museum in North America, is one of my favourite visits in the city of Vancouver, BC.   Long considered one of the best police museums in the world by the International Police Association, is looking for a Foreign Language Programmer.  It's a wonderfully creative position and certainly one which I haven't seen before in public programming.  The Vancouver Police Museum's public programs are ranked among the best in the city by Yelp.com, and canoe.ca rated the museum's Sins of the City program one of the World's Ten Best City Walks. 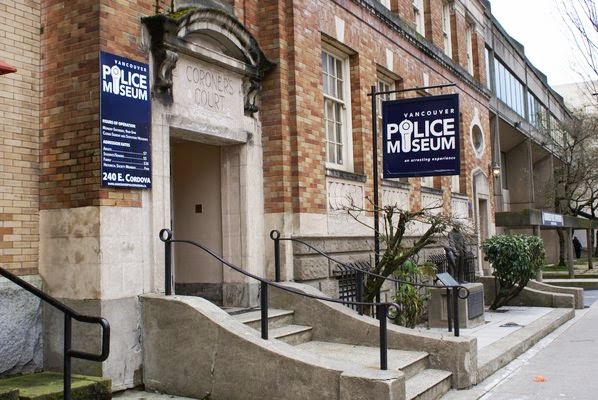 Through its expansion of programs, museum is striving attract more foreign visitors, primarily from Europe (hence the German language requirement).  It is seeking an organized, motivated and creative individual to join its team, and will take the lead in transforming current English-based programs and literature, initially into French and German, and later into other European languages.  The Foreign Language Programmer will play a leading role in marketing the museum and its programs to European visitors, and have a clear voice on the museum's vision of public programs.   It's worth taking a look.
Posted by Allan at 2:10 PM No comments: