Library 2.0 has an interesting posting about using students as "greeters" for academic libraries in order to make patrons not only feel more comfortable in entering the library, but also to field and direct inquiries as a front-line staff. What a marvellous idea, and very much part of the Library 2.0 mantra, which is about innovation and user-centred creativity. What greeters can do is simply build on this, starting from the floor up.
Posted by Allan at 3:25 PM 1 comment:

Drawing from their combined experience in international activities and the published information available from selected library associations and related organizations, Bruce Madge and T. Scott Plutchak’s “The increasing globalization of health librarianship: a brief survey of international trends and activities” offers fascinating insights into the current developments in international health librarianship and describe some current themes. It’s worth a read. Here are the major points.

Co-operation and partnerships have been key to libraries for a number of years. As budgets shrink, cooperative collection development has been more readily accepted as a policy.

Radical changes in scholarly communication comprises a major area affecting all library services and not just those in the health sector. Much of the discussion in recent years has dealt with open access. The importance of this theme is emphasized by the fact that the British Government has even been included in the debate.

The rapid growth and uptake of technology has had a massive impact on libraries over the last 20 years. The Internet has changed the way libraries access information, and the move to electronic publishing has caused major concerns for libraries as to whether to continue to take print journals or to move to electronic materials.

(4) Keeping ahead of the curve

The idea of horizon scanning has only recently appeared in the health-library sector in the UK as a recommendation of the ‘Future Proofing the Profession’ report. It is essential that health librarians and information professionals keep up to date with developments in key areas such as information technology.

But this is in a British context; has North American health librarianship caught up yet? I guess we'll find out.
Posted by Allan at 3:25 PM No comments:

Dent in the Web 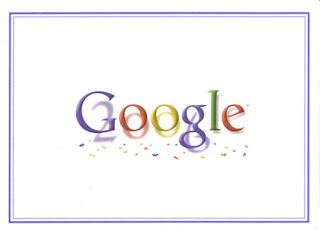 Just when Web 2.0 was about to take off, a minor roadblock has been erected by Google when it announced recently that it has taken off its Google Search API off the market. Before, you could simply integrate the free coding with other content (and API's) to form a mashup in what is now popularly referred to the new Web 2.0, better searching, faster integration, larger social networks.

But with Google taking out this essential piece of software, as well as modifying its Google Maps API terms of use, is Google taking the horrendous mis-step of preventing the progress of the new web? Let's hope not. Without API's, we won't be able to use such applications such as this. And seeing that it's so near Christmas, it would be a shame, too. Ho ho ho.
Posted by Allan at 4:39 PM No comments:

Farewell to the Google Scholar

(10) Teaching - As he says so often, the profession has changed immensely over the last twenty years. Emphasis on teaching has never been as great as it is now, and that is one of the reasons why librarians must also be great teachers, which the Google Scholar is.

(9) Empathy - He treats his students and employees as he would a top-level administrator. He sees the profession not as a hierarchical ladder, but as a community where information flows as freely as emotions and thoughts. He stands up for his employees and colleagues, and puts his neck on the line for them. When he sees students in need, he doesn't think twice about phoning them and asking how they're doing during their late evening shifts.

(8) Networks - He believes in social networks, not for personal gain, but for collaboration and learning. The Scholar's reach in the library, academic, and medical community is far and wide. He reaches out, and connects people not only to information, but also to other people.

(7) Cooperation - He believes in librarians helping each other. He believes that equal opportunities exist for all, and hence, his support for such things as open-access, PubMed, and Google Scholar.
(6) Knowledge - The Google Scholar is one of the premiere information retrieval experts in the profession. More admirably, he believes in sharing his knowledge, which he does through his tireless writings on his blog and discussions with colleagues and students.

(5) Believing in oneself - As he tells all his students, self-confidence is the key to success. Although he offers opinions, when it really matters, he steps back and allows his mentees to think for themselves, for he knows they are ultimately the ones who control their own destinies. He creates pathways, and allows us to find our own destinations.

(4) Humour - The Google Scholar is also a performer and comedian. He can light up any audience with his lighthearted quips and creative improvisation, often at the most appropriate of times.

(3) Technology - If there is one thing that I learned from the Google Scholar, it is to keep up with technology. In the library profession, technology is important as ever, and is a key goal in helping maximize information resources for the users and patrons. Google, blogging, mashups, blikis, etc. They keep on coming, and the Google Scholar keeps on absorbing. Nothing gets by this man.

(2) Hard work - Paying your dues. That's what the Google Scholar's career is all about. As he so often tells us, he started out with no clear indication of where he was going. All he knew was that he wanted to be a health librarian in order to make a difference in people's lives. Through sheer determination and hard work, he has done just that. And much more.
(1) Passion - If there's one thing that defines the Google Scholar, it is passion, a pure love of librarianship. Regardless of how one performs and how knowledgeable one is, nothing can compensate for passion. He breathes and bleeds librarianship. His passion is contagious. He is not only a mentor and teacher, but also a true friend.
Posted by Allan at 8:34 PM 3 comments: