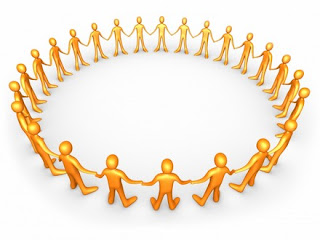 Information professionals everywhere take note: Google is uncomfortably sliding. Gone are the days that we 'google' for information. And now YouTube, conceived as a video hosting and sharing site, has become a bona fide search tool. Searches on it in the United States recently edged out those on Yahoo, which had long been the No. 2 search engine, behind Google. Interesting that Google owns YouTube, isn't it? In November, Americans conducted nearly 2.8 billion searches on YouTube, about 200 million more than on Yahoo, according to comScore. Here is what one 9 year old reveals about his information search behaviour in a New York Times article:

I found some videos that gave me pretty good information about how it mates, how it survives, what it eats,” Tyler said. Similarly, when Tyler gets stuck on one of his favorite games on the Wii, he searches YouTube for tips on how to move forward. And when he wants to explore the ins and outs of collecting Bakugan Battle Brawlers cards, which are linked to a Japanese anime television series, he goes to YouTube again. . .

“When they don’t have really good results on YouTube, then I use Google."

What does this mean? Are Facebook, Youtube, and Twitter going to take down the venerable goliath Google? Not really. I argued in an article that this is the phenomenon of social search. Are things finally catching up?
Posted by Allan at 9:46 PM No comments:

Ushahidi as a Mashup

I'm going to be talking soon about mashups. (And getting nervous about it, too). One mashup that I will be discussing is Ushahidi. It's an excellent example of how Web 2.0 is saving lives. Using technology to harness peace. More to come. Here is an excellent slide show of Ushahidi.
Posted by Allan at 10:49 PM No comments:

Nova on the Future of the Web 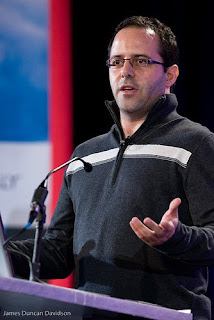 I heart Nova Spivak.  The grandson of management professor Peter Drucker, Spivak is an intellectual in his own right.  Not only is he a semantic web pioneer and technology visionary, he's also founded Twine, one of the first semantic web services out there.   I think he's one of the brightest minds today regarding ideas about the future of the Web. He's a visionary.   Here's a synopsis of Spivak's treatise Future of the Desktop.
1) The desktop of the future is going to be a hosted web service
(2) The Browser is Going to Swallow Up the Desktop

(8) The Portable Desktop
(9) The Smart Desktop

Topic Maps and the SemWeb 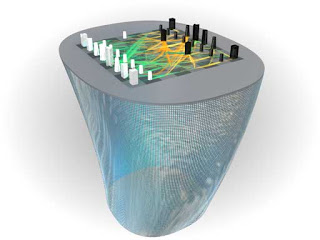 Half a year ago, I had a posting discussing Katherine Adams' seminal article about librarians and the Semweb. Katherine made a point about Topic Maps, which she believes will ultimately point the way to the next stage of the Web's development. They represent a new international standard (ISO 13250). In fact, even the OCLC is looking to topic maps in its Dublin Core Initiative to organize the Web by subject.

In the same posting, Steve Pepper, an independent researcher, writer and lecturer who has worked with open standards for structured information for over two decades, made a very interesting comment. He argues that:

Topic maps is really spearheading is nothing short of a paradigm shift in computing -- the notion of subject-centric computing -- which will affect far more than just the Web.

We've let programs, applications, and even documents occupy centre-stage for far too long. This is topsy-turvy: users are primarily interested in subjects (what the information is about), not how it was created or where it lives. We need to recognize this, and effect the same kind of change in information management that object-orientation effected in programming; hence the need for a subject-centric revolution.

Indeed, the Topic Maps 2008 Conference in Oslo, Norway, April 2-4 has just concluded. So what are topic maps, and why are they relevant for libraries and information organizations? The basic idea is simple: the organizing principle of information should not be where it lives or how it was created, but what it is about. Organize information by subject and it will be easier to integrate, reuse and share – and (not least) easier for users to find. The increased awareness of the importance of metadata and ontologies, the popularity of tagging, and a growing interest in semantic interoperability are part and parcel of the new trend towards subject-centric computing.

This conference brings together these disparate threads by focusing on an open international standard that is subject-centric to its very core: ISO 13250 Topic Maps, which is interestingly what Katherine Adams had pointed out eight years ago. We're getting closer. The pieces are in place. We just need a good evening to frame together the picture.

hakia and Librarians' Race to End the Search Wars

I've always been intrigued by hakia, which is considered the first SemWeb search engine of its kind. It is said that for the next generation web to exist, there needs to be a more concise way for users to find information and to search the web online. hakia is working with librarians to help make its results even more credible in the attempt to win the race to ouster Google in the current search engine wars. hakia is one of the first Semantic Web search engines.

However, besides QDEX (Quality Detection and Extraction) technology, which indexes the Web using SemanticRank algorithm, a solution mix from the disciplines of ontological semantics, fuzzy logic, computational linguistics, and mathematics, hakia also relies on the subject knowledge expertise of professionals. By combining technology and human expertise, it attempts to completely redefine the search process and experience. Take a look at my hakia, Search Engines, and Librarians How Expert Searchers Are Building the Next Generation Web for a deeper analysis of what hakia is trying to do with librarians. Hopefully, it offers more food for thought.
Posted by Allan at 9:48 PM No comments: 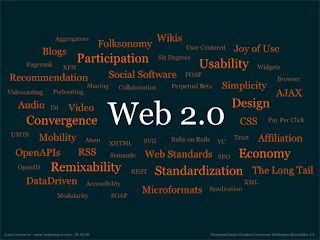 Web 2.0 The Magazine: A Journal for Exploring New Internet Frontiers is an important new journal that librarians and information professionals should take a serious look at. It attempts to fill the information gap in the area of Web 2.0 by focusing on new developments, the most used tools, trends, and reviews of books, articles, sites, and systems themselves so as to make Web 2.0 a useful part of the reader’s technology experience. Here is what Web 2.0 The Magazine attempts to do:

Admittedly, Web 2.0 is a hard concept to get one’s arms totally around as it means anything involving “user content”. This broad definition covers everything from social networks, such as Facebook, to 3D Virtual Reality Worlds, such as Second Life and World of Warcraft, with many, many stops in between. The unifying feature in all of the Web 2.0 systems and tools is that they differ fundamentally from Web 1.0, which is a one-way connection, in which information sources, vendors, advertisers, etc. present information for the reader to consume and / or respond to (the fact that a user may choose to buy on-line from Amazon or Sears does not make those sites something other than Web 1.0 since the user was not the one to initiate the content).

Thanks Dean for recommending this journal to me. It's an excellent read so far.
Posted by Allan at 2:45 PM 2 comments: