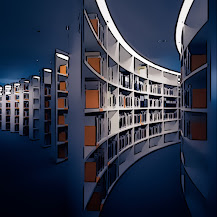 To decolonize is to challenge what is not working, how to challenge my practice. The history of higher education has been shaped by colonial impulses and the history of imperialism. While there has been work underway to decolonize collections, not enough emphasis has been put on decolonizing our traditions and process in academic libraries. While studying the lack of diversity in staffing or Library of Congress Subject Headings or exclusion in citation practices is important, decolonizing is simply not the same as antiracism.

As an individual in an academic institution, I'm aware of the long history of its colonial model.  In the United States, the 1830 Indian Removal Act, and the 1862 Homestead Act collectively solidified the colonial myth of terra nullius (uninhabited land) enabled the states to acquire and legitimize the taking of westward lands. The subsequent Morrill Land-Grant College Act in 1862 enabled the American states to collectively claim Native homelands in the name of “democratization” of education. Native Americans were subjugated in public policy, and made into caricatures in popular culture.   Canada too has its colonial past and some universities have direct connections to colonial figures, such as McGill University in Montréal.   It's named after James McGill, who was an owner himself of Black and Indigenous slaves. His death resulted in the founding of McGill after his wealth was donated on the condition a college was founded under his name.   While the history is often downplayed, colonial remnants are never really erased but rather continues through other traditions.

Theresa Rocha Beardall’s “Settler Simultaneity and Anti-Indigenous Racism at Land-Grant” insightfully argues that such indigenous stereotypes at college and university sporting and student events demonstrate that anti-Indigenous racism is interwoven into the fabric of North American higher education. At McGill University, some argue that the history of the nickname ‘Redmen’ was originally written as two words (i.e. ‘Red Men’), in reference to the red school colours and red jerseys worn by McGill teams, but the problem with this argument is that McGill University used stereotyped Indigenous iconography for the Redmen for a full decade. Sports teams around the world have historically exploited offensive indigenous names. Even though it denied the original intentions of its moniker, ‘Redmen’ is widely acknowledged as an offensive term for Indigenous peoples, as evidenced by major English dictionaries.

In fact, at my institution, UBC, the university wasn’t actually permitted to use the name Thunderbird until 1948. A term that symbolizes a significantly deep meaning in Indigenous cultures, the moniker Thunderbird was used for a decade and a half without any consultation or permission with Musqueam Indigenous communities until 1948. The community and Chief William Scow of the Kwakwa̱ka̱ʼwakw people gave the school permission to use the name with a traditional ceremony. The land grant universities that exist today could not be possible without this intentional violence. Historical subordination manifests and how racialized organizations profit from this violence.

Bonita Lawrence and Enakshi Dua have argued that the “failure of Canadian antiracism to make colonization foundational has meant that Aboriginal peoples’ histories, resistance, and current realities have been segregated from antiracism.” It’s critical to understand that the histories of racism and exclusion cannot be untied to the removal of indigenous from their land. There is a danger that the decolonizing process within universities is a branding process. We need to be sensitive, aware, and call out the marketing and branding of using EDI as a buzzword. This is a trap that academic libraries must be wary about. We need to discern between intentionality and moments of performative racial consciousness.

One recent piece of scholarship is Ashley Edward’s “Unsettling the Future by Uncovering the Past: Decolonizing Academic Libraries and Librarianship,” which argues that location is a barrier to many indigenous students. Whether to attend in-person programs or relocate for a job, leaving one’s community creates the sense of isolation, and can bring up trauma from the residential school and practices of separating families. Edwards poignantly points out that “moving away from your family and support can cause stress, in particular when entering the world of academia which continues to be modeled on Western European ideals.”

I still remember vividly in graduate school that professors and almost any practicing librarian would emphasize that “geographic flexibility” was critical for finding employment, for landing that penultimate first position. A sense of community is a universal feeling for BIPOC individuals from historically marginalized populations, and we forget the trauma of dislocation that happens in finding work. While decolonizing libraries and the library profession means that library services, collections, and classification systems need to be “sanitized” of colonial oppression, whatever we do, we need to critically integrate the elements of humanity.
Posted by Allan at 5:29 PM No comments: