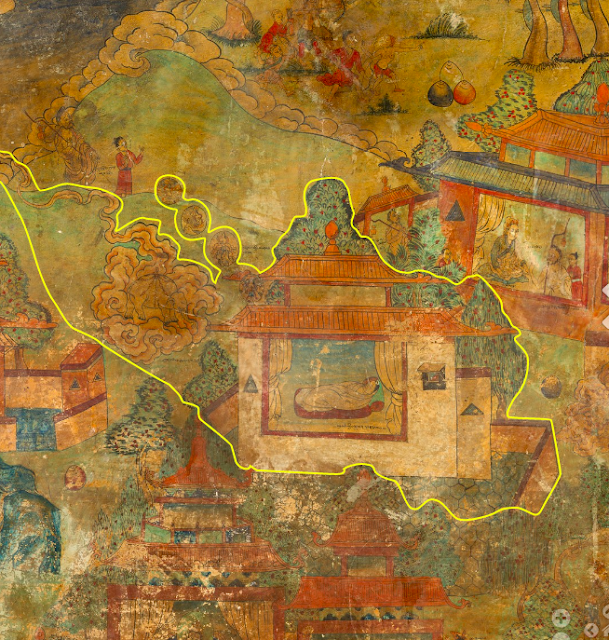 The ‘Digital Humanities’ is still a young and highly contested area.  Furthermore, as Tom Mullaney has argued, within Digital Humanities is an “Asia deficit”which is no small part the outcome of more entrenched divides within the platforms and digital tools that form the foundation of DH itself.   This divide between East and West runs very deep, and is not primarily a question of scholarly interest or orientation.  I was pleasantly impressed at the progress made in DH learning more about these projects.

A couple of projects that I had come across recently came from a presentation by Michael Hunter of Yale University.  He introduced the The Life of the Buddha (LOTB) project which addresses this challenge by presenting and analyzing for the first time monumental Tibetan murals depicting the Buddha’s life, their related literature, and their architectural and historical settings. LOTB also offers scholarly and learning communities the first tool to research and engage image, text, architecture, and history as an integrated and meaning-rich whole. The project’s impact for the humanities and the study of Buddhism are thus twofold: the largest study to date on visual and textual Buddha narratives in Tibet, and a new digital tool for synthetic teaching and research of Buddhist images and texts in context.  These murals date from the first decades of the 17th century and are among only a handful of fully preserved narrative paintings in Central Tibet. They are also among the few murals in Tibet explicitly linked to an extant collection of narrative, poetic, ritual, and technical painting literature about the Buddha. Practically nothing has been written about the Jonang murals, and no complete visual documentation has ever been attempted. 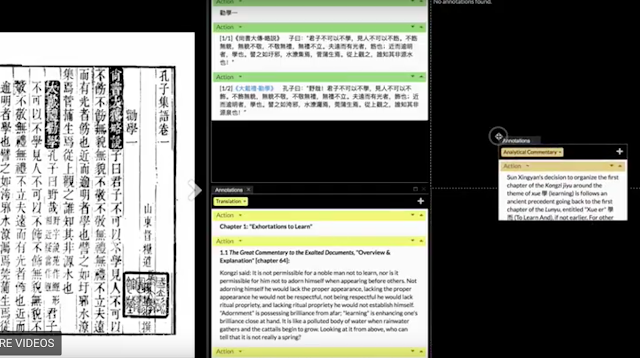 The Ten Thousand Rooms Project (廣廈千萬間項目) is a project led by Michael Hunter, and is a collaborative workspace (but not a database) for pre-modern textual studies.  Building on the Mirador Viewer developed by Stanford University, the platform allows users to upload images of manuscript, print, inscriptional, and other sources and then organize projects around their transcription, translation, and/or annotation. Both as a workspace for crowd-sourcing core textual research and as a publishing venue for scholarly contributions that are less well suited to conventional book formats, the Ten Thousand Rooms Project is really one of the early DH projects at Yale that establishes an international online community committed to making the East Asian textual heritage more accessible to a wider audience. All users are free to view projects on the site, and registered users can create their own projects and also to others as well.

In all, the future of DH in Asian Studies is coming along now, certainly at a pace that suggest much is happening, either at conferences, digital podcasts, and the network of scholars and practitioners coming together in a vibrant community of practice in an area of scholarship that's long overlooked.
Posted by Allan at 10:35 PM No comments: