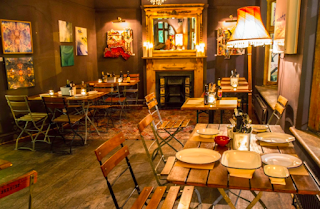 Recently, a Canadian economics professor ventured into the dark world of predatory publishing and got punished by his university and is now banned and suspended without pay. What's an academic to do when all he's doing is exposing the "deceptive scholarship" of fellow academics (that happens to be from his own university) seeking to advance their careers whose articles have been published for a fee in suspicious and fraudulent journals?

Predatory journals claim to be refereed but in reality, they publish articles in exchange for the payment of fees by authors.  Even Jeffrey Beall, the librarian who first coined the term and highlighted the negative aspects of predatory journals with his now eponymous Beall's List taken down due to pressure from his own university.

To be clear, scholarly publishing is a high stakes business, with tenure and promotion, skyrocketing journal subscriptions, and shrinking college budgets solidly inter-woven. The solution (and problem) proposed by librarians and academics (and publishing companies albeit begrudgingly) is to "open" up research outputs distributed online for free of cost or other barriers now popularly known as open access in order to counter the inequitable and unsustainable practice of charging institutions for ever-increasing subscription prices on scholarship that should be for the public good.   Open access is important; but we must face the problems of its outgrowth.


The unintended consequence is that that other than self-archiving them in institutional repositories, open access journals often require article processing charges paid by authors or research sponsors -- the "Gold OA path".  This has a prevalent byproduct: the predatory publisher that takes advantage of the desperate researcher whose job prospects depend on how many articles get accepted and published in journals.  As more journals have jumped on board to go open access, even wealthy publishers have gotten into the game by offering open access.  By clinging their hopes in this broken scholarly ecosystem, the situation reminds me of the "pop-up" dinner phenomenon.  This happened at the turn of the century when dining out became so exorbitantly expensive that consumers wanted to find an alternative, more sustainable ecology of gourmet.

Pop-up restaurants have been popular since the 2000's and such diners typically make use of social media to communicate to its audiences.   No doubt the hospitality business is lucrative as such pop-up restaurants has become effective methods for young professionals to gain exposure, seeking investors, and experimenting with new culinary concepts.  It has gotten so successful that Restaurant Day takes place worldwide with even traditional restaurants participating.  The problem is that there is high turnover, with the most successful pop-up operations burning brightly, then quietly and quickly disappearing to make room for something new.   Does this sound familiar?

This is not to say that the pop-up is a failure, nor is it a perfect analogy of scholarly publishing, but there is a similarity with how much disruption is happening in a traditional business with a mad scramble by entrepreneurs (and both traditional and predatory publishers are certainly that) to take advantage of those hungry to eat and get published.   Though some academics ignore OA altogether as tenure requires publication in a "global brand" of an exclusive journal or press and go where the money is, those who choose to publish in OA tend to do so out of altruism or academic disciplines who aren't tied to a prestigious publication.    To be sure the big luxury brands will not disappear anytime soon, and there will always be those who prefer to the Michelin-star experience over the home-cooked potluck.

So let's return to the economist Derek Pyne's current ethical dilemma of his research: reveal the complicity of institutions and be punished or stay silent and conform to the dubious cycle.  Of course, he chose the former, and though we don't know the full context of the case, what we do know now is that one researcher's findings has provoked enough impact for it to be designated as dangerous.