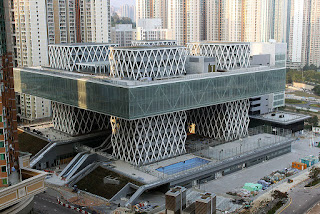 In the design and research methodology, we employed the questionnaire survey to examine how students used apps and the Web on mobile devices in finding information for the purpose of academic learning, social networking, and collaborative learning.

Our survey results showed that while the HKDI students were all smartphone owners and active users of such mobile communication devices, only a minority of them “frequently” use these mobile devices for formal learning purposes.  Students demonstrated a keen preference to use search engines, social communications, and other diverse use of smartphones. Except for research and image/audio-visual needs, the majority of the needs and usage behaviour of these students is similar to mainstream university students.  Therefore, our results recommends greater opportunities for libraries to develop services and facilities that could better fulfill students’ information needs, and to improve the outreach outside the library.

So why is this research of value to the library and information science literature?  This is probably the first study of its kind to explore how art and design students use smartphones for learning needs. In particular, with recent capability of smartphones and mobile Internet speeds being comparable to desktops, it is vital to re-examine the rapidly changing environment and their effects on the needs of the library's users.  I encourage you to take a read and explore the discussion and data from our research and see if it corroborates with your particular library context.  Please don't hesitate to contact us if you have any comments, feedback, or question to share with us.
Posted by Allan at 12:05 AM 1 comment:

From the Electronic to the Digital University: a Twenty-Five Year Redux 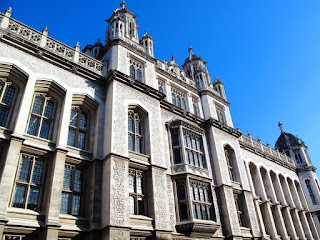 In 1988, the library thought leader David Lewis' "Inventing the Electronic University."  What's significant about Lewis' article is that it was the first to examine how technology would change the information practices of users and library patrons rather than the library itself.

This was a seminal piece: it marked a new beginning in the library literature.  Joan Lippincott responds with an interesting take on the state of the academic library twenty five years later.   Its topics are highly relevant to not only my research, but also to the volatile times we are in for academic libraries everywhere.  With that said, here are the salient points to discuss:
Teaching and Learning - Lippincott argues that of all the developments, teaching and learning programs have had the most mixed results in recent times in terms of development.  Although MOOCs and LMS's have emerged as tools that libraries have had to learn to support, but overall libraries have not been trendsetters in the area of learning technologies when once upon a time, patrons and users needed to rely on libraries more heavily on borrowing and using technology (remember catalogs?)

Scholarly Communications -   With new technologies has emerged e-science and digital humanities -- digital scholarship arrived without much fanfare but has become critically important areas that academic libraries have been asked to support. At the same time, open access, data curation, social media, among the among have become integral in our daily work and is needed to support students, faculty and researchers.

Access and Preservation - We've come a long way since Lewis' article predicted the potential of the digitization of print materials on the CD-ROM.  Libraries created strong digital collections, but the caveat is that they have seemingly lost ownership and authority of these collections.   Libraries are falling behind in integrating its open access collections with its discovery tools -- so now that we've built it, how do we use it?

Staffing - Changes in the roles of staff continue to come as new technologies emerge.   However, some of Lewis' predictions did not materialize as predicted.  While Lewis expected library services and university academic computing units to merge, this has simply not happened in the scale he imagined.  For the most part academic libraries have continued to lead its own initiatives in teaching, learning and research in the areas of technology.  Instead, libraries are working with faculty in both research and learning to expand the "liaison model."  We keep hearing about it, but what is it exactly?  Lippincott alludes that changes are to come, so we wait and see.

Certainly, this is a brief list and there could be quite a few more areas to include here.  Despite what universities say, research is often prioritized at universities and faculty research and publication is tied to tenure and promotion.  What are academic libraries doing right in supporting research?  What are the big areas that we need to get better at?
Posted by Allan at 12:35 AM No comments: