Kudos to the Canadian Journal of Academic Libraries for its most recent issue Special Focus on Academic Libraries and the Irrational (Volume 6, 2020) -- it's in my view a top journal in LIS.   This article is one of the best I've come across about critical race theory (CRT) in regard to academic libraries.  Do you find these points chillingly on par at your bureaucratic institution?  Let me know if this resonates with you.
Here are some highlights:
Posted by Allan at 4:15 PM 1 comment: 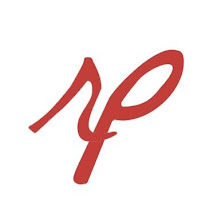 It's been a delight as the Executive Editor of Ricepaper Magazine for the past five years and before I knew it, the magazine celebrated its twenty-fifth year anniversary.  In 2016, Ricepaper ceased its print-run and transitioned as a digital webzine.    It is a constant juggling act for a non-profit to balance the costs of printing, staff, rent, distribution, and writers’ fees, so Ricepaper’s decision to go digital was years in the making already considering most print-based publications have experienced cut in arts funding.  With the eventual shortfall of available funding, it was not possible for us to continue publishing in print.  Twenty years as a print magazine is an eternity in the publishing world. Ultimately, we wanted to move to the new online magazine to continue publishing original fiction, creative non-fiction, and poetry with a particular focus on Asian Canadian writers.   There simply is no alternative in Canada at the time for publications that promoted works by writers of Asian heritage in Canada.   We felt that we didn’t need a print magazine to still accomplish our mandate.   So that’s why we decided to continue.

The move away from the previous print model challenged us and forced us to reconsider how we published our content.  Transitioning to a digital format actually afforded Ricepaper new opportunities with using technology such as podcasting, videos, and social media to enhance the magazine’s artistic content. In fact, the digital format has become quite liberating in some ways as Ricepaper is not restricted to a number of pages.   In the past, we had to turn away quality writing because we simply could not fit them all into one issue.  Strong submissions were either turned away or put away in the slush pile and since Ricepaper is published quarterly, there’s only so much content that we could accept.  In an online environment, however, we publish on merit and not on page limitations. Certainly, there’s nothing like the prestige of having one’s magazine on stands in bookstores and retail stores.  Print magazines carry a certain status in the publishing world and it is difficult to not have that anymore.

After all, a print magazine or book is an ephemeral piece of art.  On the other hand, Ricepaper printed only a few thousand issues a year.   When those magazines are unsold in stores, they are sent back to us (at a cost, of course) and we need to buy extra storage space to hold them.  All of these back issues were collecting dust for years.    Interestingly, since the digital transition we’ve been able to include some of the best writing from our webzine into a print anthology so that instead of a quarterly cycle, we’ve been able to produce these print books that we can get into the hands of readers.  We have produced two anthologies so far and currently working on our third.   So producing a compilation of the best writing from the digital magazine has been able to give us the best of both worlds. We already see a number of established anthologies (and even authors) use this format in publishing their online content into print anthologies, so there’s a precedent to work with here.

While we did have the website and social media, we were foremost concerned and focused on the print production side and thus never really explored what new technologies we could use and integrate with the print content.  But with the webzine, we not only continued our focus of publishing Asian Canadian writers and artists, but we also shared more content through podcasting, YouTube videos, and social media.   We found it was more effective to have our readership “carrying” the magazine’s content with them on their phone, tablet, and other such handheld devices.

The transition to digital-only was probably more difficult psychologically than it was actually doing it as the workflow had not changed very much after the transition since we all worked on the magazine remotely from home and most of our workflow was already done digitally.  We still meet in person in person at the office, but more for fellowship and team-building than actually producing the magazine.   In fact, without the stress of layout, printing, and distribution deadlines, we focused solely on providing great writing and engaging our audiences virtually and physically.   In fact, we have even participated in organizing a literary festival called LiterASIAN – the only Asian Canadian writers festival in Canada.

In comparison to many literary journals, the subscription base of Ricepaper was not very large, and part of this is simply the nature of our audiences and our mandate.  With such a niche, our readership would never be too high, though it is well-known in the literary and academic scholars, as it's really one of a kind in Canada (and by extension, the world).   By the time we ended our print version, we had a very loyal and dedicated few hundred print subscribers which included educational institutions and libraries.

With digital, however, enabled us to reach a more global audience -- one that we probably could not have done with the print edition.   Almost immediately, we began receiving submissions from writers from other parts of the world and this was indicative of the changes we made.  In the end, our goal is still the spotlight on Asian Canadian arts and culture, so whether it’s in print or in digital, we want to ensure it continues and flourishes.   If we are reaching beyond Canada, then it’s a real bonus.   With our web analytics, we know exactly how many readers we have, how long they stay on our site, and especially which pieces are accessed the most.   Compared to the print magazine, this was simply impossible.

The publishing industry is encountering transformative forces unseen since the Gutenberg press and this is due to the Internet.   Advertising and subscriptions have always been central to the revenue of magazines and literary journals and with the Internet, websites have replaced print as the primary provider of advertising spaces and audiences. But we need to know that grant funding is often the third source so when one of those is gone, then it’s extremely difficult for the operations to continue.   Non-profit arts and literary magazines simply cannot compete with these transformative forces without adequate government funding. Look at trade magazines. Even without government support, stalwarts like Reader’s Digest, Gourmet, PC Magazine, Men’s GQ, and Canadian Business Magazine have ceased their publishing in print.   These were not government-funded publications, and in their heyday were model operations in their own industries.

My work as an academic librarian has informed my thinking as well.   While literary journals and magazines are facing immense challenges, the same tectonic shift is happening with academic journals -- just look at the many that have struggled and folded.  Not only are academic libraries increasingly shifting their subscriptions increasingly to digital, but most look to free open access journals as the alternative route to paid subscriptions.   The paid model in print media is feeling the squeeze. The role of the publisher has fundamentally shifted, and this has been hastened in the last ten years by the speed of content delivery platforms from the web.  In academic publishing, the Big Four publishers dominate the industry -- Elsevier, Springer, Wiley-Blackwell, and Informa -- while in trade publishing the "Big 5" of Penguin Random House, Hachette Livre, HarperCollins, Macmillan Publishers, and Simon & Schuster - monopolize the industry.   Newspapers are trending to consolidation, too.  Where does the world of magazines fit?   Is it too far-fetched?   For the time being, Ricepaper is content to continue humming along.  Here's to the next 25 years.