The Price of Admission Is a Steep One For Learning 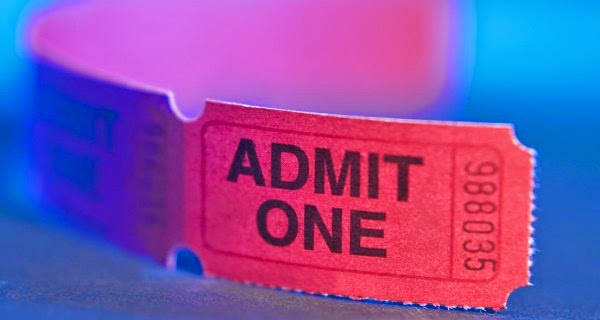 Price of Admission, although published in 2006, still rings true in academia today.  In an age when tuition fees have continued to ballooned to the point that it has overpriced even the most middle class of students.  It has become a luxurious business.  Journalist Daniel Golden's Price of Admission offers much thought provoking. Many colleges have developed special backchannel routes to admissions for the rich.   Harvard even has what is infamously known as the "Z-list" for “late admissions” which receive the golden preferential treatment.    Of course, universities don't like to admit this, attested to by the numerous "no comments" and "would not responds" during Golden's research.  What are the five categories of that is currently soiling the reputation of academia?

The Wealthy - Money talks.   The so-called prestigious universities justify favoring children of alumni and prospective donors on the grounds that tuition doesn't cover the entire cost of education. Of course, Ivy League institutions reason that private gifts subsidize scholarships, faculty salaries and other needs.  In fact, Golden reports that a recent study of legacies at one elite university found that as a group they are more likely than their classmates to be white, Protestant, and have attended prep schools.  It's known as development preference -- students recommended by the fundraising office, because their non-alumni parents or relatives are considered in a position to help the institution with money or visibility.  These parents may be corporate tycoons, Hollywood celebrities, or politicians in a position to provide earmarked funding.  The offspring, however, often arrive with less than peak credentials.  Harvard even informally has a name for these preferential applicants: the "Z-list."

The Famous - Celebrities and the children of celebrities enhance an institution's visibility.  Brown University chose a different strategy, instead targeting the children of the famous instead of the merely rich, such as Danny DeVito, Kevin Costner, and Hollywood Michael Ovitz are all now happy alumni parents.  Senate Majority Leader Bill Frist saw his son go to Princeton, his alma mater, despite less-than-stellar credentials at the exclusive St. Albans School.  Daniel Golden entertainingly regales us with tales of Hollywood insiders who get the red carpet treatment from the Ivy Leagues, such as mogul Michael Ovitz who wanted to enroll in 1999 and still inexplicably got accepted when Brown admissions officers found the academic record of the younger Ovitz not close to what would be appropriate for an offer of admission.  Pressured to admit him anyway, top administrators looked the other way as the abilities of the elder Ovitz – to host receptions for Brown administrators to raise money, to bring movie stars to campus, and presumably to help build Brown’s endowment - were far too much to pass up.  Brown Ovitz’s son was admitted under "special status," but eventually left but Ovitz’s daughter took the torch and entered Brown.  For all that work, Ovitz reciprocated and arranged campus appearance with Hollywood A-lister Dustin Hoffman, and subsequently hosted a reception at Ovitz’s Brentwood mansion.

"The Legacies" - Nearly all selective private schools, and many public universities, give an admissions edge to legacies, largely to facilitate alumni giving. At most top schools, legacies comprise a large part of the student composition and are accepted at two or three times the rate of other applicants. Some universities accept nearly half of alumni children who apply.   How skewed are the numbers?  As journalist Max Nisen reports,  Harvard's legacy admissions rate hovers around 30% when its overall admissions rate is 5.8%.  For Princeton's class of 2015, 33% of legacy applicants were admitted where the overall admissions rate for that class was 8.5%. Yale reveals that it admits 20 to 25% of legacy applicants while it only admitted 6.7% overall.

Athletes - Although we might believe that team sports on television reflect the diversity of university campuses, we don't realize that colleges often give admissions breaks to athletes in many prep-school sports that ordinary American kids never have a chance to play: crew, horseback riding, sailing, squash, polo, the list goes on.  It essentially comes down to money again, as colleges give preferential treatment toward athletes from these "rich sports" to attract wealthy donors who rowed crew or played squash themselves, want their alma mater to have a winning team, and are eager to pay for the boathouse or the polo ponies.  As such, we are already seeing colleges fund blueblood sports like crew and equestrian events while eliminating men’s teams in "working-class" sports like wrestling and track and field.


Faculty Brats - The admissions break is a side-effect of the tuition subsidy most colleges give to not only the children of faculty, but all types of employees, including secretaries and janitors. The history of the tuition benefit harks back to a time when colleges needed to offer such perks to attract candidates to lowly paid campus jobs.  But times have changed as the benefits offered in higher education are now seen as generous when compared with those in other major industries, which cut back during the recession.

Whereas universities are lax in criteria for some, it's almost exclusive to others.  Hiding behind the guise of affirmative action, some institutions narrow its preferences to particular ethnicities.  "Asians" in the US do not qualify for affirmative action, which colleges generally limit to underrepresented minorities such as blacks, Hispanics and Native Americans.  Families that cannot afford to donate to a university must have exemplary scores and grades - and often even such criteria is not enough for admissions to the more prestigious institutions.  Instead subjective factors, such as artistic talent and leadership ability which lead to the rejection of countless valedictorians and students with perfect SAT scores.

Ironically, Daniel Golden himself is from the very institution he seeks to expose - though from a different generation.  Golden was a product of the SAT generation, and was one of the thousands of bright, middle-class public high school students who were able to attend a elite college at least partly because the test helped extend the vision and reach of the Ivy Leagues beyond a cluster of old-boy prep schools.

As a product of a Canadian university, I'm fortunate that there is still a sense of egalitarianism.  Corporatization is slowly seeping into the system, but we still have some time before the resistance becomes futile.  It's said that the relatively level playing field among Canadian universities is  one reason why Canada has the largest proportion of university graduates among G7 countries and the highest percentage of university graduates in the workforce.  It attracts talent from around the world to relocate to Canada.  But how long before we go the Ivy route?   I feel privileged to be among the elite.

Smartcuts - Breaking Conventions In the Name of Innovation


Smartcuts is an unbelievably entertaining and informative book by technology journalist Shane Snow.   It is not simply about shortcuts, but smartcuts - the ability to accomplish rapid successes and breakthrough innovation with much less that we think.   In short, it argues while incremental progress can be achieved by playing by the rules, successful innovators create transformational change by breaking conventional rules and thought.  Out of Smartcuts emerges nine themes which engages innovation.   I thought it would fun to share with you here.  I'd be interested in hearing your feedback. 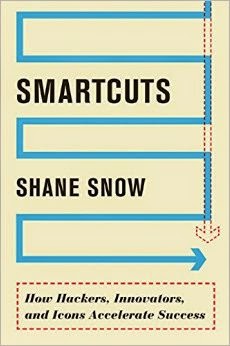 1. Hacking the Ladder - We live in an age of non-traditional ladder climbing.  Not just in politics, but business and personal development and education, entertainment, and innovation.  "Paying your dues" in traditional paths are not just slow, they're no longer viable if we want to compete and innovate. This leads to true meritocracy.

2. Training with Masters - Data indicates that those who train with successful people who've "been there" tend to achieve success faster.  The winning formula, therefore, is to seek out the world's best and convince them to coach us.  But that's not enough though, as history is full of people who've been lucky enough to have amazing mentors and have stumbled anyway.  It's not surprising, considering the failure rates of workplace mentorship programs.  Training with masters mean developing personal relationships with mentors, asking their advice on other aspects of life, not just the formal challenge at hand - caring about the mentors' lives, too.  It's a relationship, not a transaction.

3. Rapid Feedback - It is about asking for feedback at a rate that encourages rejection and pushing oneself to become better instead of becoming a failure.  This type of pure, unadulterated feedback mechanism is a process that helps us adapt, modify, and refine our craft in a safe space that allows for true improvement.

4. Platforms - The platform amplifies the effort and teaches skills in the process of using it.  Effort for the sake of effort is as foolish as paying dues, as Shane Snow puts it.  Innovation pays off when it is amplified by a lever, meaning platforms teach us skills and allow us to focus on being great, rather than reinventing the wheels or repeating ourselves, so that building on top of a lot of things that exist in the world to maximize efficiency and eliminate redundancy.

5. Catching Waves - While conventional thinking leads talented and driven people to believe that if they simply work hard, luck will eventually strike, it's akin to believing if a surfer treads water in the same spot a wave will come along.  However, it doesn't; hence, some people practicing for twenty years never become experts.  A pro surfer never wins by staying in one spot, and neither can innovation.  The secret is to watch the waves and getting into the water to experiment.  In innovation, one must watch for the trends and anticipate where it will be coming and going before it comes.

6. Superconnecting - No matter that medium or method, giving is the timeless smartcut for harnessing superconnectors and creating serendipity.  All great innovators build their careers by collaborating with talented, fast-rising, and well-connected people and by making them look great.  But once they become superconnectors, they continue helping people.  That's how to tell if someone is a giver or a taker in giver's clothing, with the paradigmatic message: If you do it only to success, it probably won't work.  Pay it forward.

7. Momentum - The trick to harnessing momentum is to build up potential energy, so that unexpected opportunities can be amplified.  No one is an "overnight" success - each success story had backlogs of material that became reservoirs, ready to become torrents as soon as the dam was removed.  That's what needs to happen when that big break happens.  The difference between a success and a lucky break is substance.

8. Simplicity - It's no secret that constraints drive creativity.  Many such great innovations this world has seen have emerged from limited means.  It's important to break down complex equations down to core principles.  It's critical to instill urgency and focus on what's core.

9. 10X Thinking - Vision is what ultimately drives success.  While people are willing to support other people's small dreams with kind words, we're willing to invest lives and money into huge dreams.  The bigger the potential, the more people are willing to back it.  Big causes attract big believers, big investors, big capital, and big talent.  To become not just bigger, but truly better.
Posted by Allan at 12:54 PM No comments: