The Contested Space in Diversity 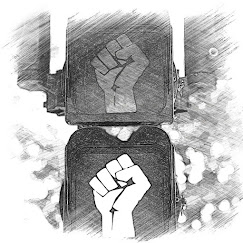 Audrey Lorde has said that “much of Western European history conditions us to see human differences in simplistic opposition to each other” and Canada has historically and socially influenced me as an individual working in the library, literary, and publishing fields.  Subsequently, Eve Tuck and K. Wayne Yang assert the ease with which the language of decolonization has been superficially adopted. What I find disconcerting is that despite a lot of work in diversity, equity, and inclusion, much of the intentions are superficial and do not intend to undo deep systemic racism. One recent example is the CBC’s adaptation of “Son of a Trickster.” Another is curator cheyanne turions, who has been mired in controversy since she publicly acknowledged she was unable to substantiate her claims of Indigenous identity, and recently resigned from her position at SFU Galleries.

Yang and Tuck call this type of settler nativism, when “settlers locate or invent a long lost ancestor who is rumored to have had ‘Indian blood,’ and they use this claim to mark themselves as blameless in the attempted eradication of Indigenous peoples.” This obsession with “race-shifting” of course, most oftentimes benefits those who seek to profit from their supposed ancestry. In Distorted Descent: White Claims to Indigenous Identity, Darryl Leroux describes this “obsessive” search by some heretofore non-Indigenous Canadians for long-ago Indigenous ancestors who can justify them identifying as Métis by Canadian "white settlers" have redefined themselves as Métis over the past fifteen years is done within the absence of a verifiable Indigenous ancestor, and using gaps in ancient records, such as the unknown parentage of some early European women settlers.

I’d like to share a quote from Lee Maracle's First Wives Club who poignantly said, “I am not a partner in its construction, but neither am I its enemy. Canada has opened the door. Indigenous people are no longer ‘immigrants’ to be disenfranchised, forbidden, prohibited, outlawed, or precluded from the protective laws of this country.” Sadly, Maracle passed away this past month, and I’m pained to think of the challenges she faced as an indigenous author and scholar and the experiences of racism she faced in her journey throughout her life.
I’m fully aware of being a settler on this land and despite the struggles as a racialized person of colour, I am cognizant of the privileges of my intersectionality of identities. In my work, I collect, review, and purchase literature but now realizing the need to decolonize practices reinforces my need to be vigilant in acknowledging my own privileges and biases knowing that one can never shed their neutrality, but to show humility and continuous learning. The “supremacy of objectivity” that is embedded in Western thought and education is merely a wishful illusion.
Posted by Allan at 8:53 PM No comments:

Retention of Racialized Academic Librarians in the U.S. and Canada 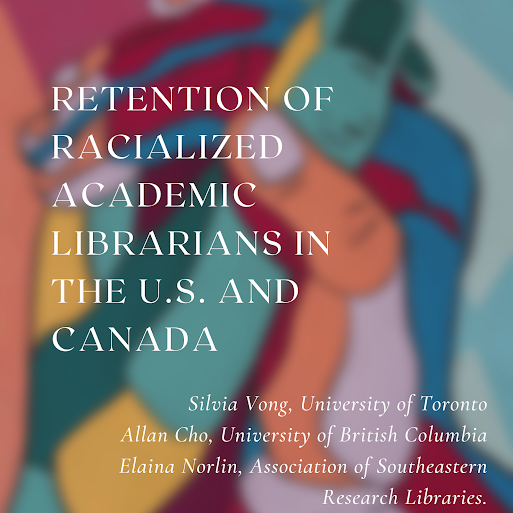 If you would like more information about the study, please feel free to contact us. This study has received a Research Ethics Board approval at the University of Toronto (RIS-41402) and the University of British Columbia (H21-02220). Your participation would be greatly appreciated in understanding organizational barriers in retaining racialized or BIPOC librarians.