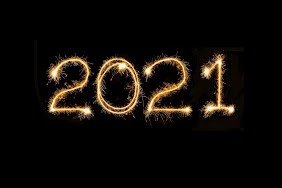 Hindsight is 2020 and that’s what this year will go down in history, one that is transformative in not only the way we live but conduct work. While the information profession will be reshaped in the post-Covid world, changes were underway well before 2020.

One of these changes to stay is videoconferencing. It’s critical to see the rise of Zoom as it has become almost ubiquitous in our daily, particularly working, lives. Information and “white-collar” professionals will likely continue to concentrate on digital engagement with not only their users and customers but also colleagues in lieu of the physical office and meeting spaces. Whether Zoom will last beyond the next few years is irrelevant, however, but what will endure is the way we approach communicating with one another across using digital services, and especially learning which will be reshaped forever. I’ve often thought that it made no sense for ten minutes meetings to require everyone to be in the same space; it’s inefficient and unsafe.

As such Zoomification has now become a term that highlights the radical shift in the way we now communicate with colleagues. Instant messaging and video conferencing aren’t particularly novel or groundbreaking, but how we communicated using technologies this year is ineed transformative. It’s amazing to see how quickly information industries have adapted.

Many organizations vanished due to Covid, but many more reinvented themselves to not only survive but thrive in the chaos.  I find Disney as a uniquely successful example: by restructuring and focusing on streaming its shows and films, digital technology shifted to became the most important facet of the company’s business and moving away from the bricks and mortar company that it’s so used from the past century (although Disneyland will continue to become an important part nevertheless).

Libraries, in the same vein, will likely forever change as well - and I hope for the better. We’ll be meeting our patrons online, our reference services will happen in a hybrid of digital and physical spaces, and our collections will increasingly be streamed and available online, born-digital ebooks and journals, and analog materials increasingly digitized for on-demand access.
But change is nothing new for libraries.  I recently came across a paper that traces the use of technology in health care settings as far back as the American Civil War era and librarians have been instrumental in transitioning to the information age.

It is known that the telegraph was used during the Civil War to transmit casualty lists and order medical supplies. By 1900, the telephone was in use, and physicians were among the first to adopt it. The telephone was the mainstay of medical communications for fifty years and remains a major force. About the time of World War I, radio communication was established, and, by 1930, it was used in remote areas such as Alaska and Australia to transfer medical information. By the time of the Korean and Vietnam conflicts, radio communication was used regularly to dispatch medical teams and helicopters.

So while I don't look necessarily look forward to Zoom fatigue, I'm heartened that as an information professional, that I get to support our faculty and students, and be a part of history.  So we move forward, and hindsight will be 2020. See you on the other side and Happy New Year.
Posted by Allan at 1:54 PM No comments: