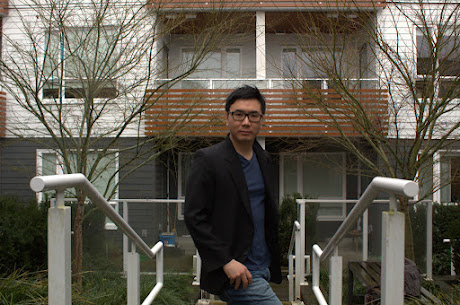 I am an academic librarian, editor, writer, EDI facilitator. Writings about librarianship, publishing, and Asian Canadian/American literature.  I work actively supporting racialized and BIPOC librarians, publishers, and writers.  My current research work centres on the intersection of critical race theory, libraries, and publishing.   As an academic librarian at UBC Library and subject liaison to Library, Archival, and Information Studies, my work reflects the ongoing shift in the humanities to adapt traditional scholarship to digital formats and access.   I use my expertise to help faculty and students across disciplines to enhance both their research and teaching through new modes of inquiry and scholarly communication.  With my role in community engagement and outreach, my current research focus is on the academic library's wide range of scholarship activities and re-positioning the library as a partner more so than a service provider.
I use a critical race theory lens in the work I do in diversity, inclusion, and belonging.    I am the Chair of the Visible Minority Librarians Network of Canada (ViMLoC), a collaborative network that connects, engages, and supports visible minority librarians of Canada.  Much of my work is in anti-racism initiatives, and I identify myself as a community organizer stemming from my first project in helping found the Asian Canadian Cultural Organization (ACCO) that actively promoted greater awareness on issues pertinent to Asian Canadians at the University of British Columbia and in the community to my current investigations of the integrity of ethnic diversity in the cultural and historical identity of Canada through cultural arts festivals such as explorASIAN, the Vancouver Asian Film Festival (VAFF), and LiterASIAN, I have had the privilege of working with a number of people and organizations in Asian Canadian communities across Canada.   This site is a space that I share my thoughts and insights from my research and scholarship.
After focusing on my studies on East Asian History, I continued my research in Modern Chinese history at the University of British Columbia, with a focus on the overseas Chinese diaspora.  My thesis took the shape of The Hong Kong Wuxia movie: identity and politics, 1966-1976.  My research focused on postwar China, particularly the intellectual history of the different Chinese populations that dispersed across Asia after the Civil War that is now often referred to as "Overseas Chinese."  I examined the production and critical reception of the martial arts wuxia movie in Hong Kong during the 1960s and 1970s. that the popularity of the genre was not solely due to its entertainment value; rather, its warm reception by audiences not only in Hong Kong, but in large parts of the Chinese diaspora, was because the wuxia genre belongs to a long historical literary and political culture that traces back to China's imperial past.

My interest in publishing began in university, when volunteered for the bilingual Chinese-English student publication Perspectives Newspaper and my responsibilities evolved from staff writer to English language Editor to finally becoming Editor-in-Chief.  I also took interest in the local writing scene in Vancouver, and volunteered at Ricepaper Magazine, the only Canadian literary magazine with a focus on Asian-Canadian arts and culture, with feature articles on literature, poetry, artwork, and photography written by or written about writers and artists of primarily Pacific Asian and mixed Asian descent.   I have published his work in the Georgie Straight, BC Bookworld, Diverse Magazine, and short stories in the anthologies The Strangers and Eating Stories: A Chinese Canadian & Aboriginal Potluck, and an editor of a number of anthologies, including Immersion: An Asian Anthology of Love, Fantasy, and Speculative Fiction, AlliterAsian: Twenty Years of Ricepaper Magazine, and Belief: An Anthology of Asian Canadian Writing.

Email ThisBlogThis!Share to TwitterShare to FacebookShare to Pinterest
Home
Subscribe to: Posts (Atom)
Librarian, editor, book reviewer, and EDI collaborator & facilitator. Writings about libraries, publishing, critical race theory, and Asian Canadian/American culture. Supporting racialized librarians, publishers, and writers as a consultant and mentoring new graduates. If you have questions or would like to get in touch, please email me..